Bakewell Tart or Bakewell Pudding: Which is best? And what's the difference between?

Mr Kipling make's exceedingly good cakes and makes dreamy looking Cherry Bakewell's too from which the light glistens off the icing sugar top. However Mr Kipling's Bakewell's are not actually from the picturesque Derbyshire town of Bakewell less than an hours drive from Nottingham and divert from any traditional recipe by offering an icing sugar topping. Also many people out there may not actually have heard of a Bakewell Pudding- let alone know the difference.


If you're in the Peak District it's worth a trip out to Bakewell to test both tart and pudding to see which is best.


What's the difference between a Bakewell Tart and a Bakewell Pudding?
In simplicity it comes down to the use of a particular type of pastry

Bakewell Pudding Taste Test
Eating a traditional Bakewell Pudding is quite a messy experience. As you can see from the photograph above there is a large amount of visible flaky pastry which is soft yet seems to go everywhere and adds a dry outside to the Bakewell pudding.

Which is best? A Bakewell Pudding or a Bakewell Tart?

As a cake lover it's hard to make a preference. The consistency of a Bakewell Tart throughout with it's uniform shortcrust pastry is hard to beat on a purely visual standpoint however in terms of taste the migration of the jam up through the filling which happens in a Bakewell Pudding during the baking process results in a uniquely moist flavour that has to be experienced with a trip to Bakewell and the Peak District.

If ever I'm in Bakewell I'd choose the Pudding every time! 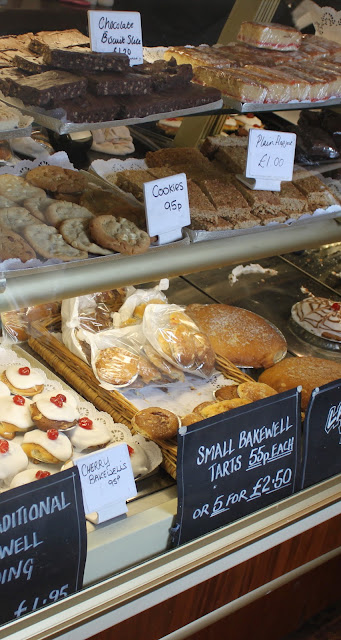