There's something about a good hearty meal on a cold January day so when we were invited along to the Hole in the Wall in Underwood we were more than happy to come along to sample their winter menu, With a traditional menu featuring pub classics as well as traditional hand carved roast dinners there should be plenty of choice for all.

Whilst drawing in visitors for their renowned carvery, Crown Carveries offer more than just a carvery roast as part of their Winter Menu. With hearty pub favourites to keep the kids and a very fussy grandma more than happy. (We all seem to have one; Mines just started tell in us she doesn't eat Yorkshire Puddings despite years of filling up on them at Sunday Dinner)

We first came across Oaks back in April when Mark went along to a promo event for Taste of Nottingham to introduce a number of restaurants within Nottingham city centre. He's been raving about their Quail Scotch Eggs ever since so what better way to catch up after a hectic Christmas and see just what he was raving about. 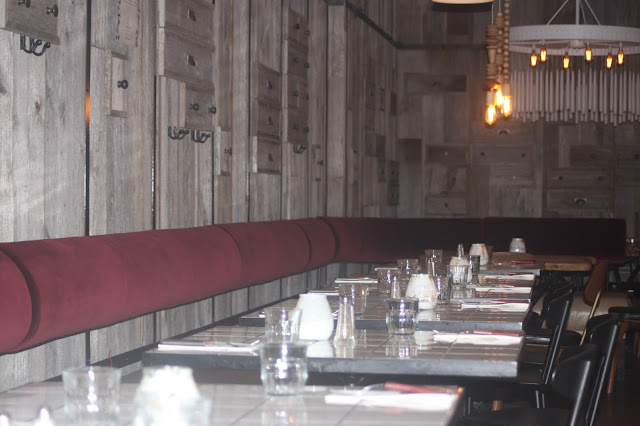 Interior wise it's certainly my kind of restaurant. With reclaimed wood panelling softening the walls whilst adding character the seating all appears to match following the clean lines I like to see. Too often we're seeing a mix-match set-up and a credit to the interior designers for sticking to one concept and following it through.

We've seen a good number of new start ups in Nottingham recently which have been part of restaurant chains following set patterns within their brands. Oaks is much different and unique in that manner. Food is cooked over wood embers sourced locally via the Nottinghamshire Wildlife Trust whilst much of the food and drink is locally sourced including ales from the nearby Castle Rock brewery. We have a fantastic array of producers in the area and Oaks should be applauded for championing local produced including their hearty sausages which come from Tuxford's Butchers over in Netherfield.