An Afternoon at the Not So Great Food and Drink Festival

We Love Nottingham and Food: But as with most projects it's really failed to deliver on giving us a Great Food and Drink Festival

Last weekend saw the Great Food and Drink Festival in Nottingham with a group of us associated with the Food Lovers blog making our way over to Nottingham Castle on Saturday to enjoy an afternoon in the sunshine with a few sweet and savoury treats.

The idea of a food festival (just like the Beer Festival) inside the iconic Nottingham Castle is a great idea. There's plenty of space and it provides a real focal point for tourists although whilst the beer festival which runs every October completely takes over the grounds, this years Great Food and Drink Festival needs a little bit more of an in injection of food, and particularly drink which we found to be somewhat lacking which considering the cost of tickets for us was a bit of a let down. I'm not sure about anyone else but when we go to a food or drink festival we want to try, try, try and try foods and the not so Great Food and Drink Festival was seriously lacking on that note. There were a few standouts who deserve a mention below however.

For £8 and adult (£7 in advance) we expected much, much more having been to other festivals where there's been more on offer for considerably less money. There were a small number of exhibitors sampling but nothing of real significance. It was the equivalent of paying to get in Wetherspoons and then still having to pay out for your food.

There was some fantastic food on offer from the exhibitors however maybe it was the organisation that let them down by promising something bigger but our biggest annoyance above anything was the lack of any companies sampling. If you go to a food festival you usually expect to sample what people have on offer. Therefore below we've focused on a selection of the sellers that we felt showcased their products well whilst offering the chance to try what they had on offer. If the company name isn't mentioned it's because they were there just to sell products, not introduce us to them.

One of our other annoyances was that it seemed the organisers had given exhibitors some exclusivity. One hot chilli sauce seller, one cupcake baker, one pizza company, one doughnutv company. It was like there had been a degree of selection on place. Sadly this really limited the number of exhibitors and restricted what was on offer. We'd have loved to see one of the local breweries having their own stand (Castle Rock, Navigation, Lincoln Green are always present at local events so why were they missing?) and much more variety for future shows. The top field looked conspiciously empty and this made us think there was something wrong with the event. When we go to a food festival we want food, food, food and usually something to wash it down. If you compared the event to Lincoln Christmas Market or our own Market Square offering which are both free I know I'd be heading to Lincoln for their huge variety.


Best Sampling of the Day

Whilst in general we felt the amount of food on offer was on the low side there were a number of exhibitors who went all out to showcase their product and help keep our hunger at bay whilst introducing us to some very nice food in the process.

The Cheshire Cheese Company had a nice varied selection of cheeses on offer with a nob of each being cut at request. Their Black Bob was a fantastically creamy mature cheese with a very smooth pallet that we subsequently treated ourself to for an at-home tasting. 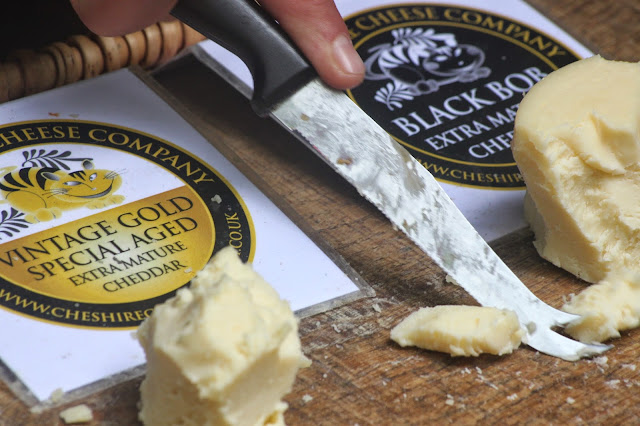 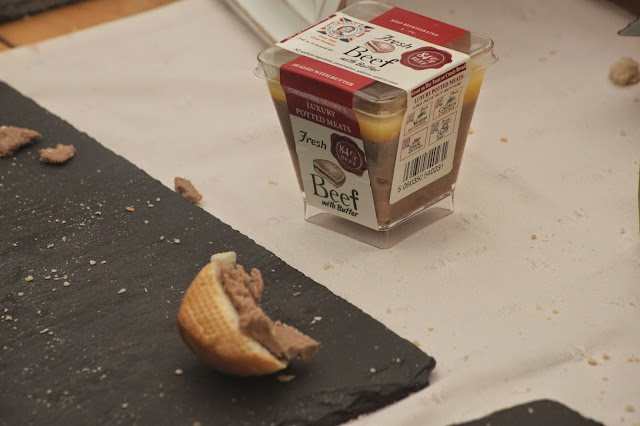 One of the best things we tasted on Saturday was Granny Mary's potted meats and the guys on the stall couldn't spread the stuff quick enough for us all to have a taste. Gorgeously smooth and a real treat for a summer picnic. They're also being stocked now at Waitrose in Wollaton so I'll be venturing over there for further investigation when the opportunity arises. I particularly liked their Duck with Orange. 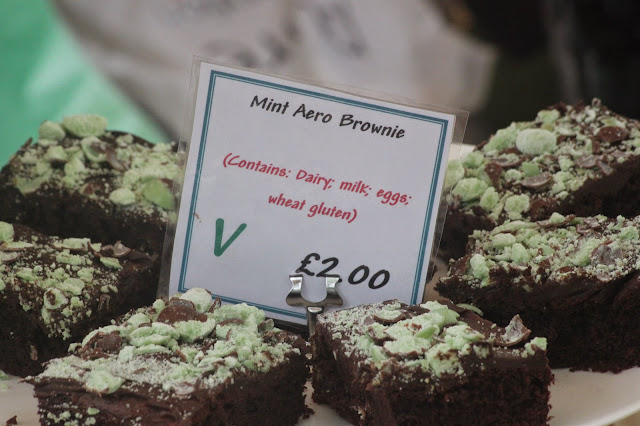 Our Favourite Foods of the Day 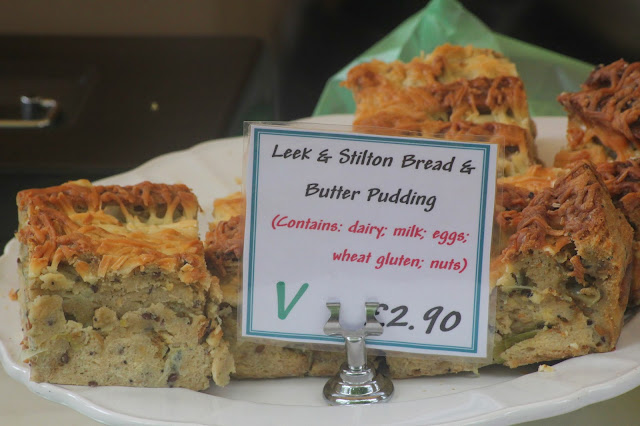 There seems to be a bit of a revival of Nottingham's language and pronunciation at present. It's weird to think that a few years ago when Nottingham was featured on an episode of Come Dine With Me many of us were in shock and awe at how common and rough the way we talked. Now there seems to be an explosion both online and in the real world where the sayings you'd probably hear from your grandad are now making a revival. Our use of the term "duck" has also become a showpiece as well for many. While the above coasters look fantastic at the same time I'm cringing a little at the language we tend to use as I know a lot of people who are offended by it. The people at Ducki seem to think it has it's own niche and whilst I'm not so sure I'd buy any of the below I have to give some credit to them for their efforts.


What were your highlights of the Great Food and Drink Festival Nottingham?

The Great Food Festival will be at Newstead Abbey later in the summer. Sadly from this experience we will not be paying out to attend but hope that the organisers can see our frustrations and do something about it for future to ensure this event can become a success.
at 20:59